Nick had been stuck in his truck all day. It had taken them three hours to drive to the job site. Upon arrival they had discovered that the materials had not arrived. The work would need to be postponed. The drive back had seemed to take even longer than the drive there adding to his general feeling of being stuck in a rut. 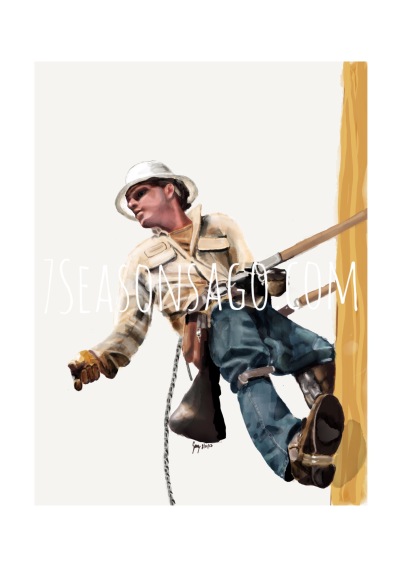 As he was fairly fresh with no real work under his belt, his supervisor had offered him overtime to take care of some routine emergency when he arrived back at the yard. Routine Emergency – this routine emergency was a car hitting a pole and had hit it so hard it was sitting on its back bumper looking like it was trying to climb the pole.   In his line of work apparently this was routine he thought with fresh amusement at an old tag line.

The picture was impressive. Nick passed. As a single man working as a lineman he was making too much money to spend as it was. Also, he had plans for the night and it didn’t involve spending it with a bunch guys he had already spent too much time with today.

Nick had been taking a theater class at the local college at night. He was doing it to meet girls. He had always had a thing for the artsy types that were in drama. Tonight his professor was hosting an out of town dance troop. Part of his grade would be about watching this performance. Also, he was hoping to run into Nancy a girl he had been trying to chat up since the first day of class

When he got there, his professor was out of sorts. One of the volunteers to help the dancers change had flaked and they were trying to find a last minute replacement. Apparently this show had some quick costume changes

and a dresser was absolutely necessary. When the professor had asked him, Nick had flat out refused. No way was he going to help some grown dude get dressed.

“I can promise you at least a B in this class even if you cut for the rest of the year”, the professor had pleaded with the reserved dignity of academia.

Nick knew he needed some passing grades if he was going to keep going to this school and work often interfered with that. A solid B in his back pocket would certainly help.

This actually wasn’t that bad thought Nick as he helped the guy dress. Apparently there would be an after show party for the performers and crew and he was now invited. He had run into Nancy right before he headed back stage and they had made plans to do something after the show. Now they had something to do. He was pretty sure she was going to be impressed. Nick was helping the guy stick his foot in the leg of his jeans when he turned slightly to face one of the other dancers also getting help getting dressed.

He was in no way prepared to see a naked dancer’s swinging boobs as she leaned forward to fit them in her bra. The guy he was helping must have noticed because the next thing he heard was “Eyes on me! Focus! Hand up!” Nick looked down to and to his embarrassment found his hand resting on the poor guy’s naked ass. He had a feeling tonight was going to be quite a night.